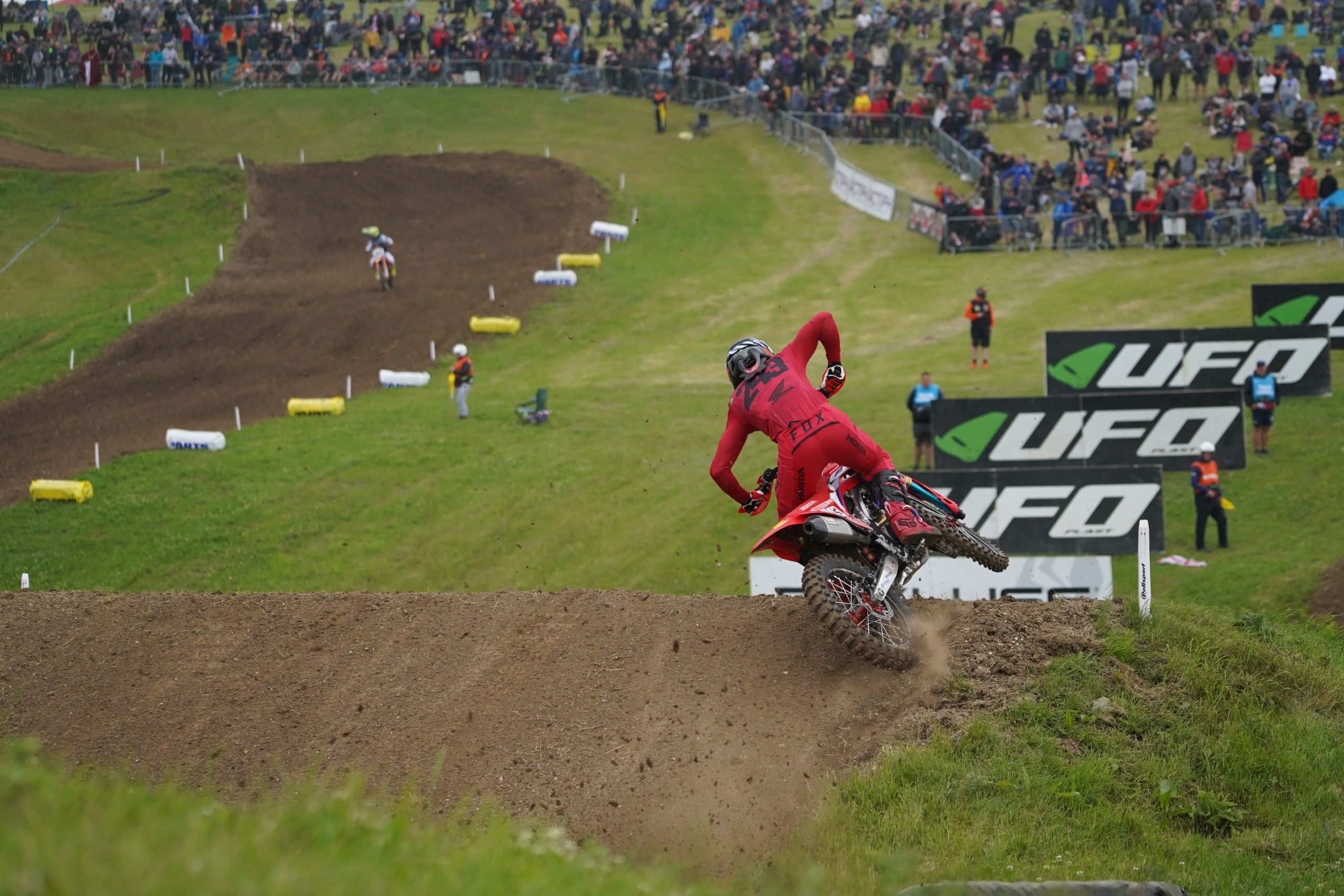 Two weeks on from Tim Gajser’s dominant weekend in Orlyonok, MXGP rolled into Matterley Basin for Round 2 of the season.

Whilst the Slovenian rider was victorious in Race 2, it was Antonio Cairoli who took the chequered flag in the first race of the day.

With two rounds of MXGP action over, Gajser now holds a 15-point lead in the standings, building on the ten-point lead he took from Orlyonok.

Following on from a tough MXGP of Russia, Jorge Prado took the Fox Holeshot at the beginning of the first race with Jeremy Seewer and Cairoli chasing the KTM rider.

It wasn’t long before Cairoli jumped into the lead of the race, moving ahead of Prado before the end of lap 1.

The Italian never looked back for the rest of Race 1, bridging a 7.922s gap to teammate Prado to head a KTM 1-2-3 as Jeffrey Herlings crossed the line in third.

Championship leader Gajser was closing down on Herlings in the first race but settled for fourth place ahead of Glenn Coldenhoff and Pauls Jonass.

After a podium in Race 1 of the MXGP of Russia, Romain Febvre crossed the line to take seventh, with Seewer in eighth place after initially being in the top three early on.

Alessandro Lupino and Arnaud Tonus rounded out the top-ten of the first race.

In the second race of the day, Febvre took the Fox Holeshot at the start but Cairoli was eager to move into the lead just like Race 1.

In the first lap, a number of riders traded places at the top, with Prado moving into the lead as well as Febvre, all the while Gajser began his charge to the front sitting in third place.

The HRC rider remained patient for majority of Race 2, chipping away at Febvre’s lead and eventually catching the Frenchman on the penultimate lap and make a move work on the final lap to take his third victory of the year, just 1.468s ahead of his Kawasaki rival.

Cairoli rounded off a good day to finish in third, and with a 1-3 result in Great Britain, the Italian elevates himself to fourth in the standings after starting the weekend tenth.

Herlings ended the second race fourth, ahead of Seewer and the GASGAS of Jonass.

After leading at the beginning of the race, Prado took the chequered flag in seventh with Jeremy Van Horebeek eighth and Coldenhoff ninth.

Great Britain’s Ben Watson crossed the line to take tenth in the final race of the weekend.