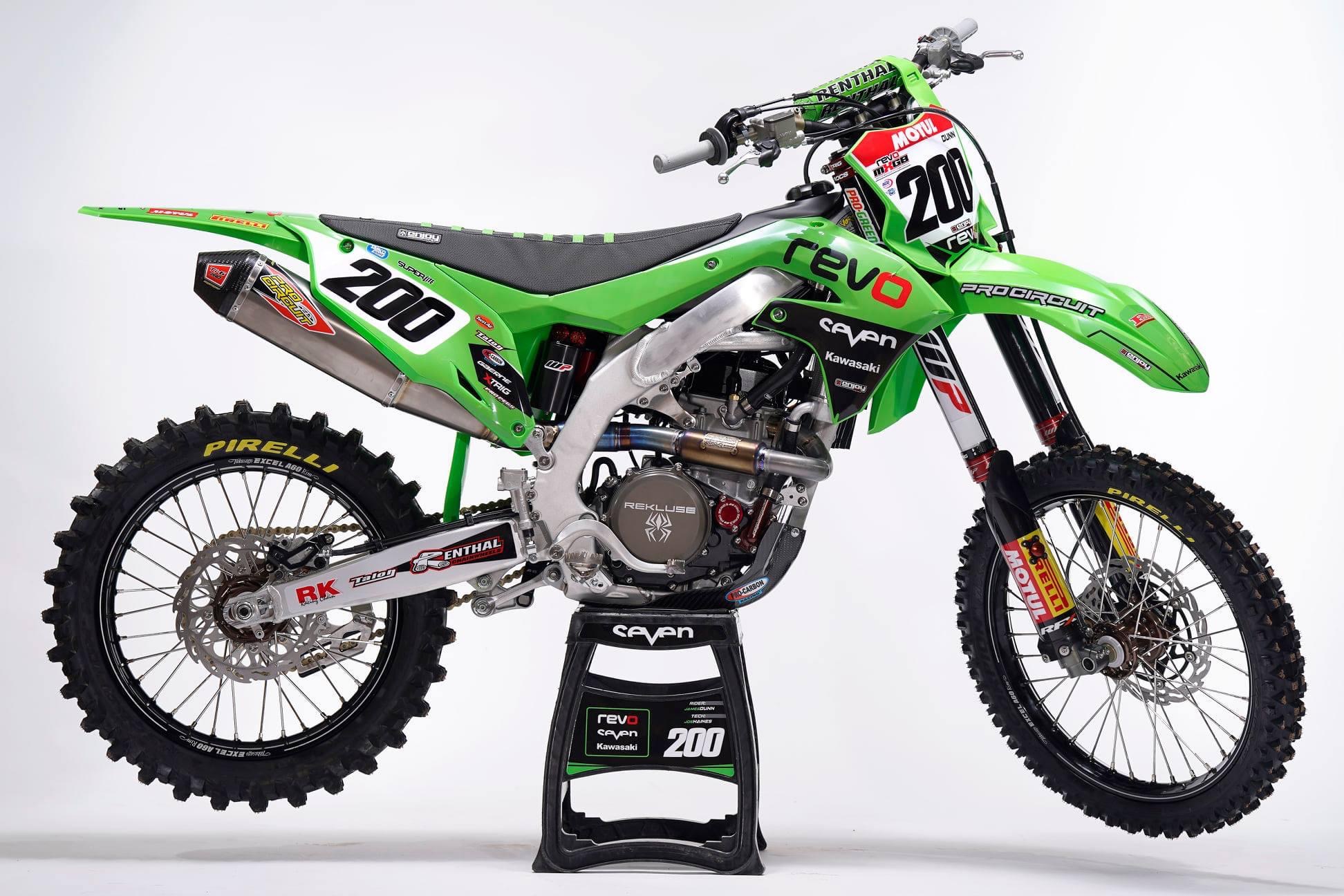 After taking a year out of competition, REVO is returning to the motocross paddock after joining forces with Kawasaki UK! REVO Seven Kawasaki will be a two-rider team, with Dylan Walsh and James Dunn signing for the squad, and is aiming for major domestic MX1 silverware alongside selected MXGP and EMX rounds.

22-year-old Kiwi Dylan is no stranger to the team, riding for REVO in the ACU Motocross MX2 Championship in 2019, and has set his sights on securing back-to-back crowns by winning on a 450 in 2021.

Joining Dylan competing on a Kawasaki KX450 is 25-year-old James Dunn, who is also returning to action after a year out. Both riders will be competing in the full ACU British Championship, while REVO Seven Kawasaki is also planning on several appearances at the European MXGP rounds.

Ross Burridge, Head of Marketing & Racing Department at Kawasaki UK said, “Having worked with Mark and the Revo team a few years back, it’s exciting to once again have them as part of the Team Green family. They have come a long way as a team since we last worked together and I’m eager to see what the team and their strong rider line up can achieve in the newly revamped British MX Championship. Our KX450 is a formidable MX1 machine and I’m confident this combination can battle for the title in 2021.”

REVO Seven Kawasaki Team Principal Mark Yates added, “We decided to take a year out in 2020, but REVO will be back in the paddock next season! We have forged a great relationship and a strong bond with Dylan over the last two years. He had a number of opportunities but he wanted us involved.

I would say that Dylan’s probably the favourite next year. Considering that this will only be his second season on a 450 his raw speed is incredible. He’s as fast as anyone out there and he’ll be a lot more race-ready going into 2021. We are still the reigning MX2 British champions so Dylan is moving up into MX1 and looking for the double. That’s our main focus.

We all know how fast and stylish James can be when he’s on his A-game. He hasn’t ridden this year so he’s going to have to get his bike fitness built up but I know he’s already training.”

Dylan Walsh said, I’m going into the British championship as the reigning MX2 champion and hopefully we can pull all the pieces together and come out as MX1 champion. We’re also doing a few GPs which will be good.

Sam, Mark and I have a great relationship and Roger from Seven is a big part of that as well.”

James Dunn said “I’m excited about 2021 – it should be a good year and I’m looking forward to it. I’ve only ridden a 450 Kawasaki once but that was probably three years ago so I don’t have a lot of experience with the bikes but it’s great to be back with the REVO team. They’re good people and put a lot back into the sport so I’m very happy to be riding for them again.